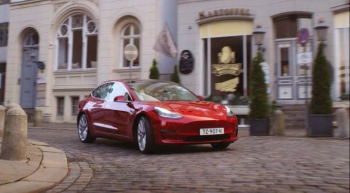 10,000 Electric Cars Registered In Norway This Month: Half Are Tesla

According to the latest registration data (as of the end of March 28, 2019), new all-electric car registrations in Norway already reached 10,000 for the month (probably including a three-digit number of imported used BEVs). The official results will be announced inthe first days of April, but it’s already certain that we are watching a groundbreaking record of records.

The biggest splash in March was done by Tesla, which reportedly noted 5,000 registrations, including over 4,500 Tesla Model 3. It was just 4,000 recently!