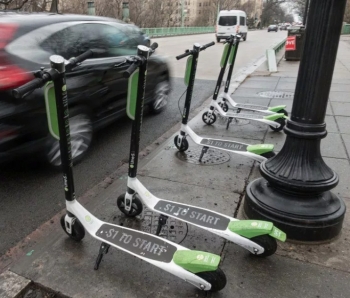 Lime scooters are seemingly everywhere, including in dozens of cities across the United States. Lime has even begun international operations in France, Austria, Germany, Switzerland and Spain.

Now the California-based electric mobility company is adding one new country to its list: Canada.

Lime has recently entered into an agreement with the City of Waterloo to deploy electric scooters in designated parts of the city.

The company’s electric scooters are part of the relatively recent wave of dockless electric rental scooters. Because the scooters have no home station or dock, they can be picked up anywhere.

Rides generally cost $1 to start and 15 cents per minute. When a rider has finished using the scooter, he or she can park it anywhere. The scooter then waits for the next rider to scan in and hop on.