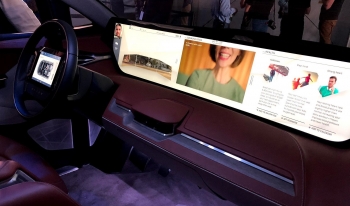 BYTON, a China-based EV startup, started giving test rides in its M-Byte all-electric crossover prototype ahead of its launch next year.

We took a quick ride around downtown Los Angeles which you can watch in full below.

As we previously reported, Byton was founded by a bunch of executives from Tesla, BMW, and Nissan. It has several Chinese investors, including Tencent Holdings, which is now also an important investor in Tesla.

Earlier this year, they secured $500 million in funding to bring their electric vehicles to market.

They are currently completing a factory in China to launch their vehicles there next year and they plan to expand internationally in 2020.