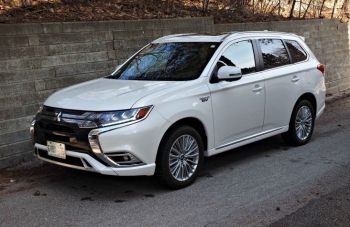 Mitsubishi would seem to be an unlikely choice for plug-in poster child of the year, what with Tesla grabbing headlines, Nissan having long deemed the Leaf its corporate future, and even Volvo — newcomer to environmentally-conscious set — fitting the word “electrified” into seemingly every public relations missive it releases. All have long-standing reputations for technological innovation, and R&D budgets that Mitsubishi engineers can only dream about.

Please note that the Mitsubishi Outlander PHEV  will be available for a Road Test at the SVEM  in Montreal, May 3rd, 4th and 5th, 2019.