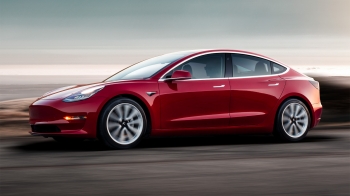 Never before has a single plug-in electric car sold at this high level of volume in a single month.

The big Tesla Model 3 push was definitely on as Q4 came to an end.

Q4 started out predictably softer with Tesla Model 3 sales at 17,750 in the U.S. in October. For November, InsideEVs estimates Tesla sold 18,650 Model 3 in the U.S.

Well, now it’s end-of-quarter reporting time so we return back to a sales explosion. InsideEVs estimates that Tesla sold an astounding 25,250 Model 3 in December 2018 (*this figure doesn’t include Canada). That’s a new all-time high for the Model 3 and the single highest monthly figure for a plug-in electric car ever. Let that sink in for a moment…

If we look at year-over-year for the Model 3, the gains are ridiculous. In December 2017, Tesla sold 1,060 Model 3. Compare that to last month’s 25,250 and you’ll notice there’s more than just a wee bit of growth there. In fact, it may be the highest YoY growth of any major seller in the U.S. market.