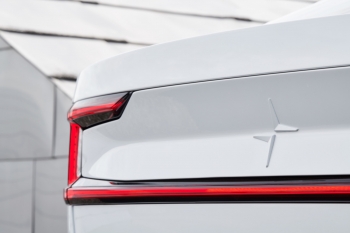 Volvo is again teasing the Polestar 2, its first all-electric car, with yet another a new picture ahead of the unveiling planned for later this month.

When Volvo rebranded Polestar two years ago, it was off to a somewhat awkward but interesting start as it unveiled its first vehicle, the Polestar 1.

The car turned out to be a highly expensive plug-in hybrid, which quickly sounded outdated when the automaker announced that they would bring an all-electric “Tesla Model 3 competitor” to production a year later.

The company is talking about making only electric vehicles going forward:

“From the release of the Polestar 2, we’re going all-electric and we’re never going back.”

Over the past two months, the automaker has been releasing images and details of the vehicle ahead of the unveiling.