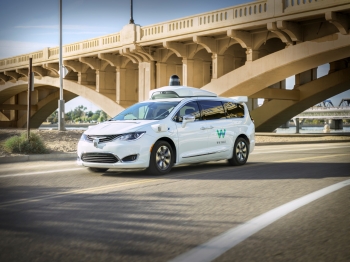 Waymo One Launches In Phoenix Today

After spinning off from Google, which has been working on autonomous driving for nearly a decade, Waymo started offering rides to the public in April of 2017 in a close pilot program where it selected a couple hundred diverse volunteers to start using its service to run it through the paces in real world scenarios. The company has been hard at work over the last year and a half learning from that early group of riders and making adjustments to its vehicles and its service to suit the vast needs of a diverse public ridership.

Waymo CEO John Krafcik said in a blog post that, “Today, we’re taking the next step in our journey with the introduction of our commercial self-driving service, Waymo One. We’ll first offer Waymo One to hundreds of early riders who have already been using our technology. Over time, we hope to make Waymo One available to even more members of the public as we add vehicles and drive in more places. Self-driving technology is new to many, so we’re proceeding carefully with the comfort and convenience of our riders in mind. At first, Waymo-trained drivers will supervise our Waymo One vehicles.”

What does this mean? Today, the official Waymo One app launches for the participants who have been using the service through the pilot phase. These early riders can now use that app to request rides 24/7, marking the first time the service has been available at any day at any hour.