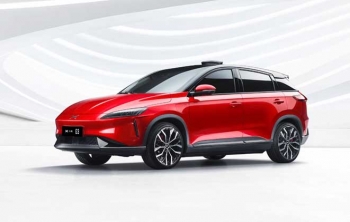 Chinese EV maker Xpeng has now produced 10,000 of its G3 EVs, according to data released by the China Passenger Car Association. The cars are manufactured at the Xpeng Motors Intelligent Plant in Zhengzhou, China.

The G3, an electric SUV, comes in three variants: Core, Smart, and Premium. According to Xpeng, roughly 80 percent of its customers purchase the Smart G3, which includes features such as assisted parking, adaptive cruise control, and voice command.

Xpeng claims to be the only Chinese automaker to operate its own fast charging network. The company plans to increase the number of its charging stations to 200 across 30 cities by the end of 2019, and 1,000 nationwide over the next 3 years.