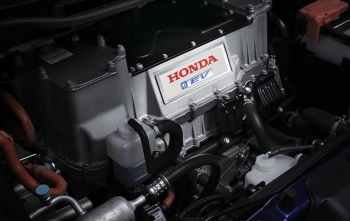 Honda accelerates electrification plans for Europe, passes over US

The good news: global automakers are getting more serious about electrification, announcing numerous new models and planning massive investments. The bad news: the trend is increasingly bypassing the North American market, as many of the new EVs, including models from US automakers, are to be sold only in China or Europe.

Honda recently underlined this trend, announcing that it will sell only electric and hybrid vehicles in Europe beginning in 2022, three years earlier than previously planned. The move is a direct result of pro-EV regulations on the Continent. “The pace of change in regulation, the market, and consumer behavior in Europe means that the shift towards electrification is happening faster here than anywhere else,” said Honda Senior VP Tom Gardner.

The Japanese giant will launch six new electrified models in Europe over the next three years, including a dual-motor hybrid version of the Jazz (sold in the US and Japan as the Fit), which will go on sale next year.

Read the whole news at chargedevs.com