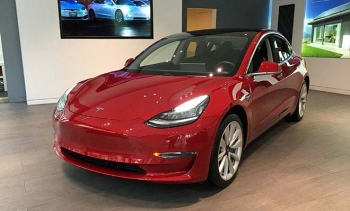 Tesla can’t quite seem to make up its mind about its retail sites (or “galleries, showcases and Tesla information centers” if you prefer). Two weeks ago, the company announced plans to close most of its stores “in order to pass the savings along to our customers.” Now this decision seems to have been partially reversed.

“Over the past two weeks we have been closely evaluating every single Tesla retail location, and we have decided to keep significantly more stores open than previously announced as we continue to evaluate them over the course of several months,” said Tesla in a blog post. “When we recently closed 10% of sales locations, we selected stores that didn’t invite the natural foot traffic our stores have always been designed for.

These are stores that we would have closed anyway, even if in-store sales made up our entire sales model. A few stores in high visibility locations that were closed due to low throughput will be reopened, but with a smaller Tesla crew. In addition, there are another 20% of locations that are under review, and depending on their effectiveness over the next few months, some will be closed and some will remain open.”