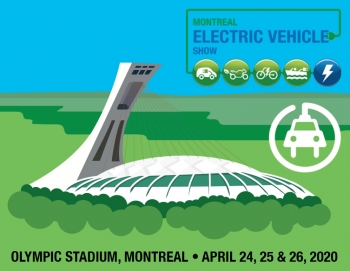 The return of several automobile manufacturers to the Olympic stadium is confirmed!

Several people and a lot of current and future exhibitors from SVEM were waiting for the news. It is now confirmed: the next editions of the Montreal electric vehicle show (SVEM) will be held, starting at 2020, at the Olympic Stadium in Montreal.

The 2020 Edition will be held on April 24th, 25th and 26th. Thanks to this, our Show is now unquestionably in the major leagues of the trade shows industry in North America.

SVEM needed vast spaces to ensure its rapid growth since its very first edition in 2017. Let us thank Place Bonaventure for believing in our project and supporting our growth from the very beginning.

• Montreal becomes the National Capital of electrical transportation in Canada;

• The new area of the SVEM, much larger, will allow more testing, more information, more exhibitors and, at the end of the line, more pleasure for visitors.

Speaking about pleasure, the SVEM will now be able to count on the largest Indoor Test Track ever performed for this event.

Now in April, a few weeks before the official start of the season of bikes, motorcycles, electric scooters, we already know that many manufacturers and distributors of these products can more easily integrate our event to their activity schedules and thus become new exhibitors.

Let us therefore rejoice with this good news which will increase the offer of exhibitors present and thus to be satisfied without a shadow of a doubt the tens of thousands of visitors who will visit the SVEM on 24th, 25th or 26th April 2020 at the Olympic Stadium.

We are already looking forward to meeting you!